On Tuesday, June 18, 2019,  the Pima County Board of Supervisors, in a 4-1 vote, accepted Supervisor Ally Miller’s proposal to consider a Property Tax Neutral budget. As a result of the vote, staff will now evaluate the various scenarios presented by Supervisor Miller.  These scenarios would preserve pay raises for county employees including the Sheriff’s deputies and the proposed capital improvement plans for libraries, while reducing the budget by a fraction to ensure residents’ taxes do not increase this year.  The final budget approval is now scheduled for July 2nd.

“As property valuations rise, the property tax rates must be cut in order to attain a property tax neutral budget.  The budget presented by County Administrator Chuck Huckelberry for approval on June 18, 2019 did not cut the rates enough to avoid increasing property taxes on Pima County residents which requires a Truth in Taxation Hearing to notify residents of the tax increase,” explained Supervisor Miller.  While the Library District property tax will most likely increase, Miller’s proposal is to find the reductions in the primary operating budget or the Flood District such that when taxpayers open their bill for Pima County, there will be a zero increase from last year’s property tax bill.

Miller proposed the tax neutral budget to provide some relief for the cash strapped residents of Pima County.  “Many of our residents are hurting.  We have a large population of seniors living on fixed incomes as well as many families living in poverty,” stated Miller.

“As I have noted before, to avoid this increase in property tax approximately $10.6 million in reductions must be made to facilitate a tax neutral budget. This reduction can be achieved by eliminating or moving some capital projects to the future, reviewing the required amount of general fund reserve, and imposing a short-term hiring freeze.  None of these actions would impact services to the public,” said Miller.

“I have said it before and I will say it again; the amount of the expenditures I have proposed we must cut is less than a 1% reduction in the County budget and I believe it is achievable if we sharpen our pencils and go to work on behalf of the taxpayers,” concluded Miller.

Hiring Freeze for 2 to 3 months?

Managers stated during the hearings that it is very difficult to find qualified individuals for positions-this would be easily accomplished. Currently there are 1050 unfilled positions. 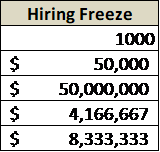 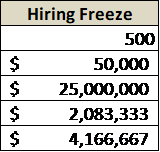 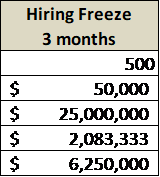 In order to not affect the bond rating (Page 8 of June 11, 2019 CHH memo) cited by Mr. Huckelberry, there is a minimum of $2,031,515 available in the General Fund reserve that would not impact the bond rating. Supervisor Miller assumed the worst case scenario for the potential cost of DTAP/Superintendent of Schools cost shifts. 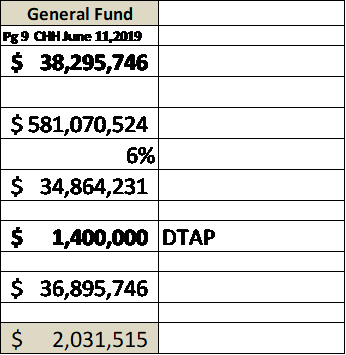 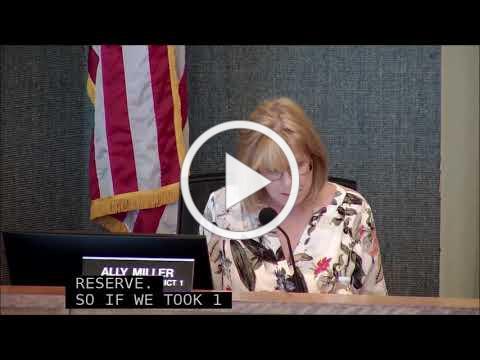